Last week in Sydney, Australia’s leading hormones experts came together for the Endocrine Society of Australia’s (ESA’s) annual scientific meeting. During this three-and-a-half-day event, endocrinologists and researchers shared their knowledge and work investigating hormones, the hormone system and the treatment of hormone-related conditions.

The ESA Basic Science Novartis Junior Scientist Award Session is a highlight of the meeting.

Each year, the most outstanding research projects completed by PhD students are selected for this session.  The standard is always impressive – and this year was no exception. 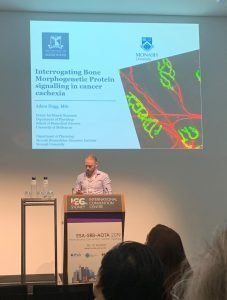 Adam Hagg presenting his work at the Endocrine Society of Australia scientific meeting in Sydney.

The range of research was broad – including studies exploring dietary interventions for polycystic ovary syndrome (PCOS), treatments to prevent burn scarring, how the placenta influences growth of the baby, how muscle mass loss occurs in cancer patients and considerations for best timing of breast cancer treatments.  There is no doubt the future of endocrinology research is in excellent hands.

This year, this prestigious award went to Adam Hagg from The University of Melbourne and Monash University, for his research investigating cancer-associated muscle wasting, known as cancer cachexia.

What is cancer cachexia?

Cachexia is the loss of body weight and muscle mass that affects most patients with cancer. It most often occurs in more advanced stages of cancer, and is accompanied by severe frailty, weakness and fatigue 1.

What’s more, when muscle is lost with cachexia, chemotherapy is less effective and less well tolerated 2.

Ultimately, cachexia is responsible for around one-third of advanced cancer deaths.

Why and how does cachexia occur?

Cachexia is not a normal type of weight loss. It isn’t simply caused by a loss of appetite or not eating. In fact, cachexia cannot be reversed by simply eating more 3.

Studies show that people with cachexia have very high metabolism rates, even when they are at rest4. This means that their body is using up energy (calories) much faster than usual. So fast, in fact, that it starts to break down muscle and fat to get the energy it needs to keep working.

How cachexia progresses is not very well understood. This is a question Adam is trying to answer with his research. 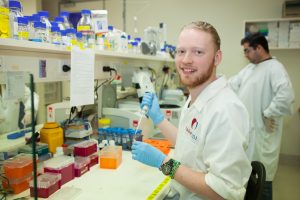 Adam Hagg is investigating how muscle loss occurs in cancer cachexia in his Ph.D studies.

During his PhD, Adam has been looking at the signalling processes inside the cell that cause muscles to work.

One of the proteins he has been studying is called Noggin. This protein is important as too much of it stops muscles from working properly. Adam found that mice with cachexia had much higher amounts of Noggin in their muscle cells compared to healthy mice. When he increased Noggin in healthy mice, they lost muscle in a process that looked very much like cachexia. Further, when Adam blocked Noggin in mice with cancer, they did not develop cachexia as severely.

These findings are very promising. They increase our understanding of cachexia and may provide a useful target for new therapies.

Muscles are important for everyday life

“Although many people may not realise it, muscles make up around half of the body,” Adam explains.

“They help our heart to keep beating, our lungs to keep breathing, they protect our organs and help us to sit, stand and move. They are also a very important storage site for energy (protein and glucose).

“That is why if we lose muscle, we get into big trouble”.

Muscles receive messages from the brain to work

Normally, messages from the brain are carried to the muscle via the nerves and this is how we use our muscles to perform everyday tasks.  Adam’s research also investigated whether the connection between the nervous system and the muscle was affected by cachexia.

Adam found that in mice with cachexia, the muscles appeared to be disconnected from nerves compared to muscles in healthy mice. 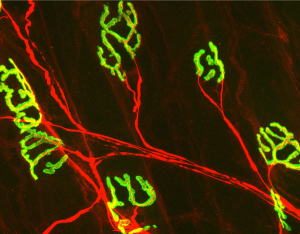 An image taken by Adam during his Ph.D. showing the points where the nerve (in red) connects to the muscle. The green is the receptors on the muscle that recognise the chemical message (neurotransmitter) sent from the nerve.

Adam explains how this may lead to further muscle loss.

“Normally muscle mass remains the same through constant use – a typical “use it or lose it” situation.  If the muscles don’t receive enough messages from the brain, the muscles won’t be able to work, so start to undergo muscle wasting. This might explain the muscle loss observed in mice and humans with cachexia – in particular the accelerated loss of muscle seen in more advanced stages of cancer”.

But more research still needs to be done.

“In humans, we don’t know yet when the loss of nerve-muscle connection occurs. It might be a symptom of the initial muscle loss, or develop at later stages of the disease once muscle loss has already started”.

What is next for cancer cachexia research?

Unfortunately, at this time, cancer cachexia has no cure.

Adam hopes the results of his Ph.D. studies will lead to new therapies that can stop, slow down or reverse cancer cachexia.

Adam’s research is being conducted at the Centre for Muscle Research at The University of Melbourne, where Adam is supervised by Prof Paul Gregorovic and A/Prof Craig Harrison. The Centre is currently exploring new treatments to improve muscle health, including developing new treatments, repurposing other drugs and exploring genetic therapies for the treatment of cancer cachexia and other muscle-wasting conditions.

Adam was drawn to a career in science and medical research, as he wanted to apply his skills and love for science to improve health. He started his research career at Deakin University, completing a Bachelor of Biomedical Science, continuing with a Master’s of Science degree at The University of Melbourne and the Baker Heart and Diabetes Institute. In 2016, Adam started his Ph.D., where his research has been conducted through the Baker Heart and Diabetes Institute, The University of Melbourne and Monash University, supported by a Research Training Program scholarship awarded by the Australian Government. He plans to submit his Ph.D. thesis early next year and hopes to continue in research to further understand processes leading to muscle wasting and find ways to counter these effects. 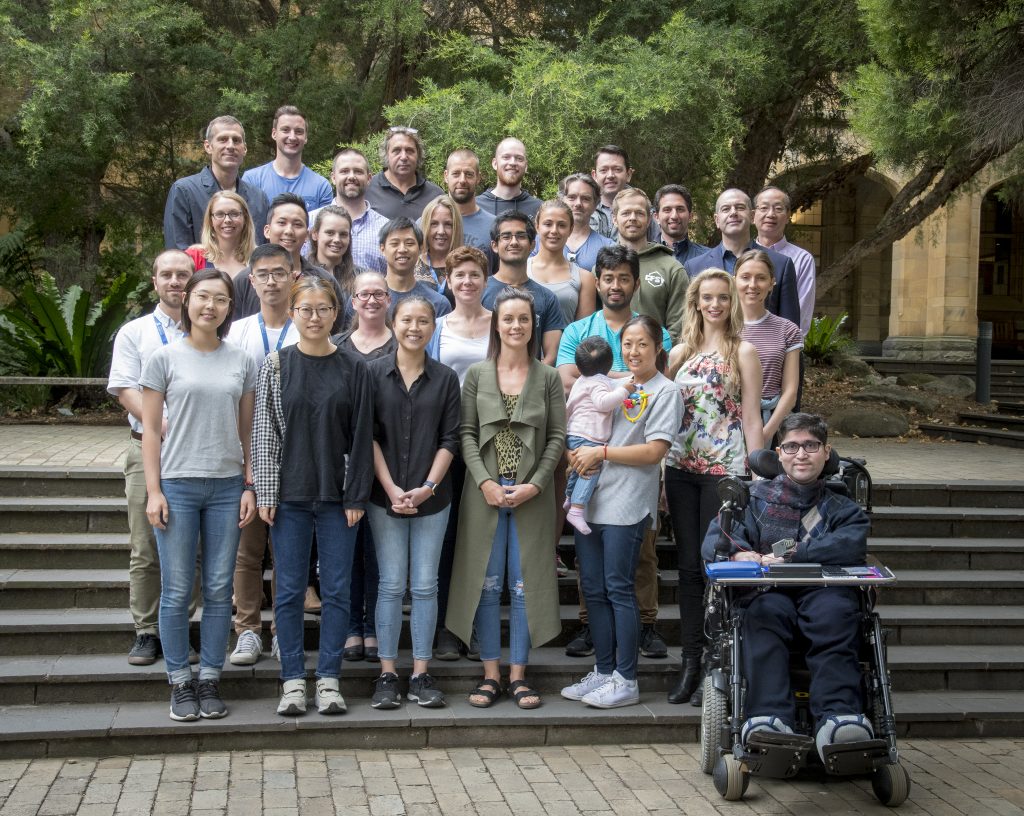 The research team at the Centre of Muscle Research, The University of Melbourne.

A/Prof Nicolette Hodyl Ph.D. is the Head Writer for Hormones Australia and has over 15 years’ experience working in medical research. She leads Vertex Health, a consultancy specialising in research strategy and health communication.