Hormone research helps explain how life evolved outside the sea

Hormone research helps explain how life evolved outside the sea

When life moved from the sea to land, body systems needed to change in order to survive in the new environment. One of the most important changes was how the body handled salt. Instead of being surrounded by salty water and needing to keep salt out, it became vital to keep salt in. 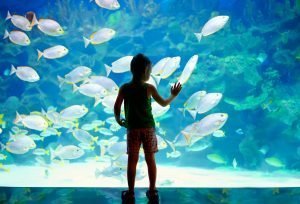 Professor Peter Fuller, from the Hudson Institute of Medical Research, explains why salt balance is important for survival.

“Salt is incredibly important. It is essential for animals with a vascular system as it ensures they maintain a healthy blood pressure.”

Too much salt can lead to fluid retention – where the body holds too much water. This can lead to high blood pressure and high blood volume, which puts a strain on arteries and increases the risk for heart disease and stroke.

In humans, salt balance is regulated by the hormone aldosterone. Aldosterone tells the kidneys how much salt to keep in the blood.

Salt control and life outside the sea

Two of Australia’s leading hormone researchers, Professor Fuller and Dr Morag Young, together with colleagues from LaTrobe University, recently discovered a critical difference in the way salt is controlled by fish and humans. 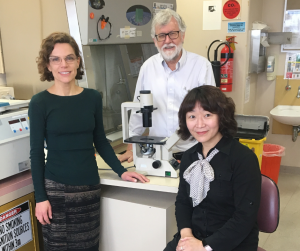 In the paper published in the Proceedings of the National Academy of Sciences, the researchers report their finding: a single amino acid change in the gene sequence of a salt-retention receptor between fish and humans, which allows salt to be maintained in the kidney. This change allowed life to evolve out of the sea.

The salt-retention receptor studied by the research team is called the mineralocorticoid receptor.  It is found in both fish and land-based animals.

“The very unusual thing about this receptor is that it serves a different function in fish than in humans,” Professor Fuller explains.

In humans and other land-based animals, the mineralocorticoid receptor is activated by aldosterone. Aldosterone is not found in fish. Its appearance has been traced to the beginnings of land-based vertebrates.

In fish, the hormone progesterone turns on the mineralocorticoid receptor to retain salt. But in humans, progesterone blocks the receptor, which may result in salt loss.

“We wanted to find out what the difference was in this receptor when comparing it between land vertebrates and fish,” Professor Fuller states. To do this, the research team analysed and compared the mineralocorticoid receptors of zebrafish and humans to find the exact part of the receptor causing the switch in function.

They found one small isolated change in the gene sequence of the mineralocorticoid receptor that was responsible for the difference in receptor function. The implications of this are significant.

According to Professor Fuller,

“This tiny change in one place on this one receptor contributed to a profound evolutionary chain of events that resulted in terrestrial life.”

Understanding the way receptors respond to different treatments is an essential part of developing new drug therapies. Professor Fuller and Dr Young are leading authorities in hormone receptor signaling in health and disease.

This discovery is part of a large body of work looking for improved methods to treat salt retention in patients with high blood pressure and heart failure. These research findings provide important information about how the mineralocorticoid (salt retention) receptor works, which is essential for the design of future drugs that target this system.

Nicolette Hodyl
A/Professor Nicolette Hodyl PhD is the Head Writer for Hormones Australia and has over 15 years’ experience working in medical research. She leads Vertex Health, a consultancy specialising in research strategy and health communication.